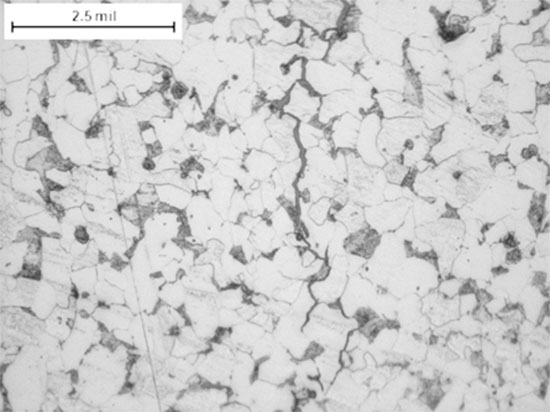 Probable Cause
Low-temperature creep failures occur due to a combination of residual stresses during bending and/or tube installation. Tubes may have been bent to an incorrect angle during fabrication and then forced during installation, leaving significant residual stresses. Tubes may have been shorter than the surrounding tubes on the header, and have therefore been in tension relative to the other tubes. This could have occurred if a tube was shorter than desired during fabrication, heated to lengthen it to form a rolled joint, and then cooled, leaving it in tension. Any additional transient stress would be added to that residual tensile stress from fabrication, resulting in premature low-temperature creep. Also, cold bends can initiate significant unintended residual stresses. It is usually found in high residual stress locations as listed below:
1) High stress areas from the tube bending (forming) process; cold working is the most stressed
2) High mismatch in ovality of the tubing greater than 8%
3) High hardness in material usually due to the forming process greater than 220-240 HV
4) Hammer blows or shotgun dents can create stress areas that are of concern 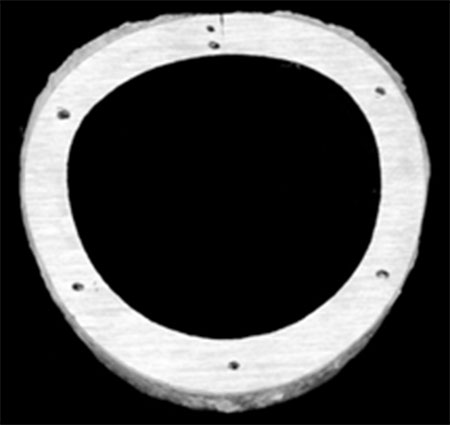 Corrective action
Replace the failed tubes and plan to replace all other similar tube bends during the next most convenient time. If this condition exists in one assembly, there is a high probability it exists in other similar assembly loops. Tube replacement is the preferred method of repair. Pad welding is not recommended even in forced outage conditions.  Complete removal of all stress is unlikely and a repeat failure is likely to occur in the same general location. Perform inspections in areas susceptible to low-temperature creep and replace tubes as needed. Review the documents for any inconsistencies during fabrication/installation.
Common Locations
Convection Pass
Primary Superheater
Low temperature reheat
Economizer 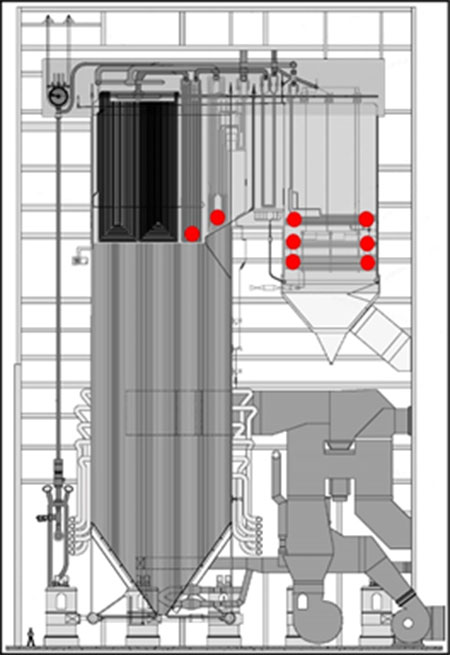