One economizer tube was received for failure analysis. The tube was specified as 1.5” OD x 0.105” MWT, SA-210 A1 carbon steel. It had been in service for 2 years. The finned, horizontal straight-run section was the leading tube in a sootblower path. Severe damage was observed in the sootblower path. Five tubes on the front side of the sootblower lane and six tubes on the rear side were marked for removal. Additionally, two tubes from the second row into the tube bundle were marked for removal.
Operations were advised to cease the use of the sootblowers in the economizer area due to the risk of severe erosion damage. Suspension of sootblower usage was indicated. 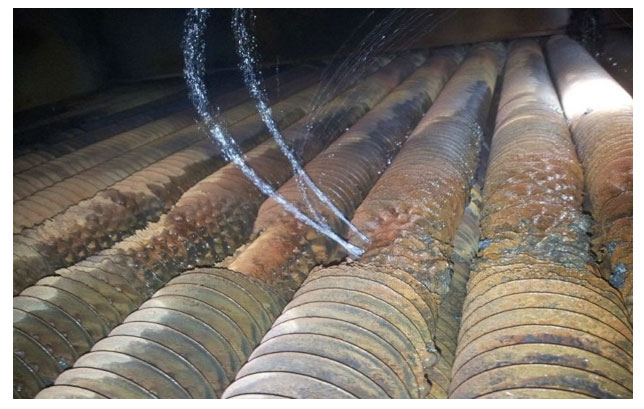 The failure was a large, thin-edged blowout, typical for a thin-wall rupture. Severe wastage over an area spanning approximately 12” was observed around the failure site, likely erosion from a nearby sootblower. The fins had been worn away and the OD surface was smooth with negligible slag, characteristic of erosion. The ID was relatively clean with light oxide. Away from the affected area, no significant deposits or wastage were observed.

Specimens were removed, then mounted, polished and etched with 2% Nital for metallurgical examination. Macroscopic views of the failure are illustrated below. Severe thinning and plastic deformation was evident, characteristic of a thin-wall rupture. The thinnest wall section measured 12 mils or 11% of MWT. 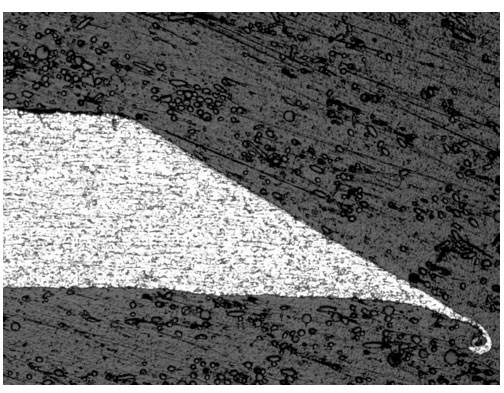 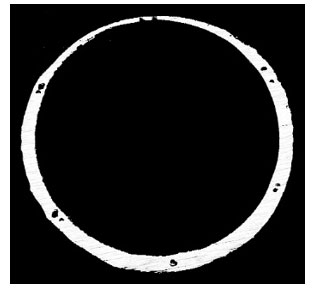 The economizer tube failed due to severe wall thinning, likely from sootblower erosion. The tube had thinned to a point where it could not withstand the internal steam pressure, then ruptured. The thinnest wall section measured 12 mils or 11% of MWT. Around the failure location, the fins were completely worn away, suggesting the severity of the erosion. Away from the sootblower-affected area, no significant wastage or OD deposit was noted. Therefore, it is recommended to confirm the discontinued use of sootblowers in the economizer section in order to mitigate the OD wastage. The microstructure was ferrite and pearlite irrespective of the specimen location, typical for carbon steel. Hardness values were slightly below the typical range for new SA-210 A1 carbon steel.
For more information email us at contact@davidnfrench.com or speak with us directly at 502-955-9847.