Bending Fatigue of a Pulverizer Shaft

A coal pulverizer shaft was received for failure analysis. Two other shafts were broken in a similar manner prior to this failure. The shaft material was specified as AISI 4340 steel. It was indicated that new gearboxes have been installed to improve reliability. 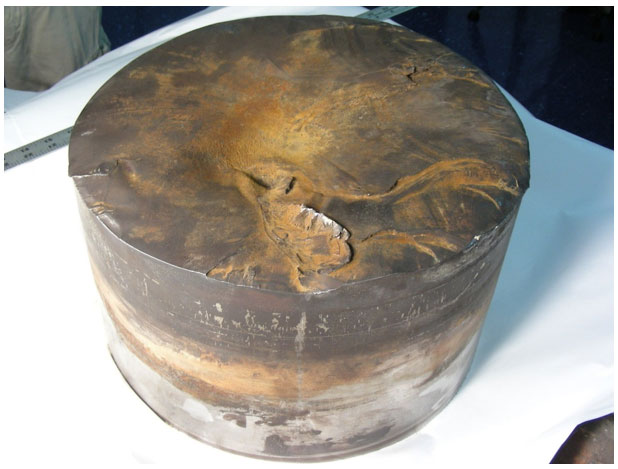 The as-received condition of the failed shaft is shown. There was some abrasion around half of the shaft circumference. Rockwell C (RC) hardness was measured across the fracture surface. The hardness was fairly uniform without any significant changes. It appears the shaft was through-hardened.
Visual examination of the fracture surface revealed two distinctive fracture regions as shown; a fatigue region and a final overload rupture. The ellipse on the fracture surface illustrates the fast fracture zone. The rest of the flat surface is the fatigue region. An eccentric orientation of the fast fracture surface indicates unbalanced loads were applied on this shaft. Beach marks due to the rotational bending fatigue indicate that cracking started at the outer edge and propagated around the shaft circumference. The bending stresses coupled with shaft rotation led to the failure. It appears that the cracks had initiated in multiple planes as indicated by a “step”. The final overload rupture was at Location B, where the crack reached its critical length. Fracture in this shaft was due to low nominal stresses (light loads), because the fatigue surface is more than 80% of the total fracture surface. 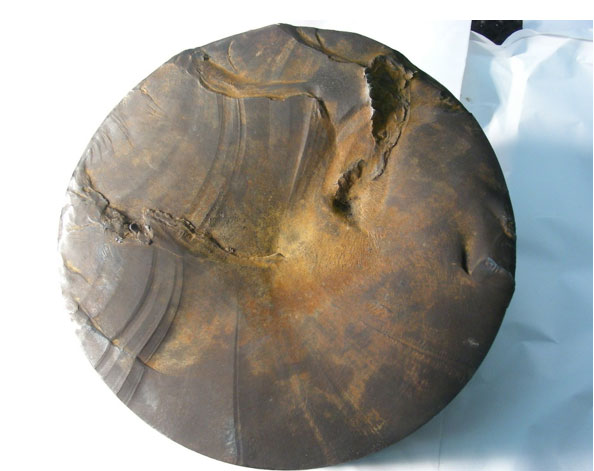 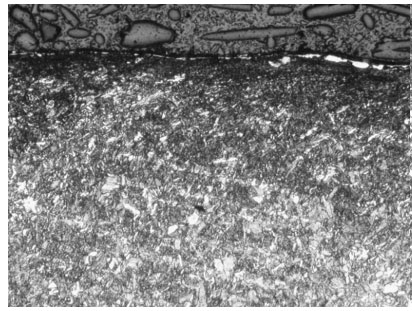 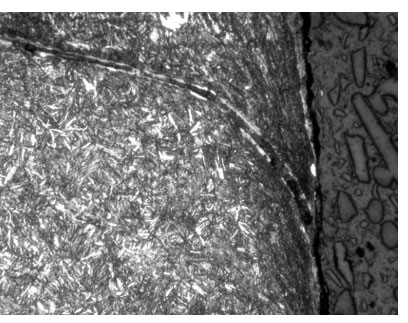 Microstructure is a typical AISI 4340 steel with tempered martensitic structure. Similar microstructure was observed irrespective of the specimen location. Some inclusions were observed. However, the amount of inclusions was insignificant. Inclusions generally occur in the steels during manufacturing. 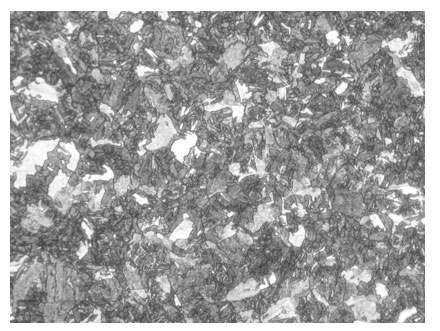 The coal pulverizer shaft failed due to rotational bending fatigue. The bending loads coupled with shaft rotation led to the failure. Smeared grains and eccentric orientation of the final rupture indicate that the shaft was subjected to unbalanced loads. The fracture surface indicates that the shaft was subjected to low nominal stresses (light loads). A small amount of inclusions were observed in the shaft material. No material defects were observed.
For more information email us at contact@davidnfrench.com or speak with us directly at 502-955-9847.