A 30 year-old raw water supply pipe failed longitudinally along a seam weld and was received for failure analysis. The pipe was specified as 24” ID x 0.188” MWT, ASTM A283 Grade C carbon steel plate fabricated in accordance with American Water Works Association (AWWA) C200, coated on the outside, and lined inside.

The pipe typically operates at 150 psi and it was rated for 190 psi. A hydro test was conducted in 1979 at 270 psi and the pipe did not fail. An abnormal raw water pond bypass situation was in effect on the day of the failure, steadily raising the pressure to about 180 psi. The system was said to have operated at 200-220 psi prior to 2006. The failed area of pipe was buried about 5 feet beneath soil and an asphalt layer under a parking lot. A cathodic corrosion protection system was reported to be in use. This was not the first leak, just the worst. No heavy vehicles had been on the failure site. No unusual weather or seismic events (natural or otherwise, e.g. blasting) were reported before the failure. The pH of the pond water was measured at 7.8 and 8.0 in February and May 2010, respectively. 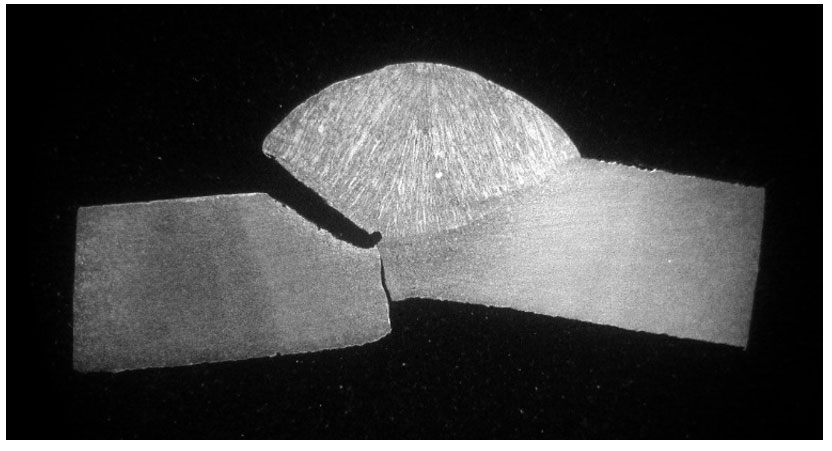 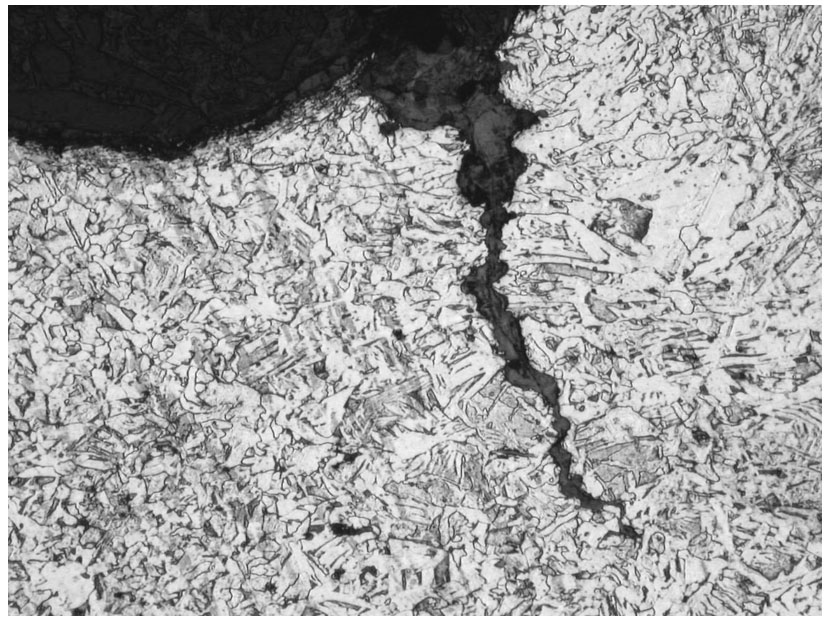 Cracking at the weld-toe
The water supply pipe failed due to poor welding in the form of lack of penetration and poor geometry. A crack initiated in the root pass of the weld due to the higher stresses there. As per AWWA Standard C200-05, the weld should have penetrated to the ID of the pipe. Poor weld geometry caused a fatigue crack in the weld-toe. The fatigue crack in the weld-toe and a crack in the weld root pass likely intersected over years of service, which caused a catastrophic failure.
The seam weld on the un-failed section was in relatively good condition without any fatigue and root pass cracks. It appeared that relatively deeper penetration was present compared to the failure site, which may have lowered the stresses. However, lack of penetration was also present in this seam weld.
For more information email us at contact@davidnfrench.com or speak with us directly at 502-955-9847.