A vertical straight-run reheater tube was received for failure analysis. The tube was specified as 2.50” OD x 0.180” MWT, SA-209 T1A C-Mo Steel. It had been in service for 38 years. The failure was a thick-edged circumferential crack which propagated in a spiral about the longitudinal axis. These features are typical of a chain graphitization failure. 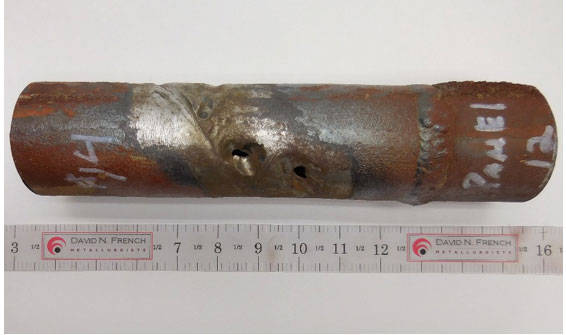 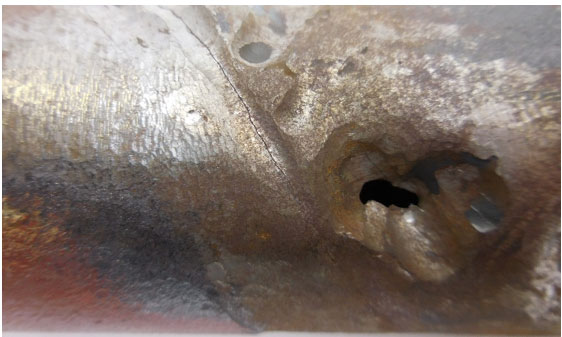 More nodular chain graphitization adjacent to the primary fracture surface is shown. The process of “chain graphitization” occurs in areas of high residual stresses when carbon-molybdenum steels are operated above their normal operating temperatures for extended periods of time. This is known to occur in weld heat-affected zones and in areas where roll straightening during tube manufacturing has left spiral bands of concentrated strain. Presumably, strains of this nature were left in the tube during manufacturing and account for the spiral appearance of this kind of failure. The presence of graphite nodules and chains in the T1 material is an indication of long-term exposure to temperatures above 850 °F. Above such temperatures C-Mo (T1) steels are prone to decomposition of the iron carbides within the microstructure to form stable ferrite and graphite. The graphite nodules may eventually combine, as has happened with this tube, resulting in chain alignment and catastrophic, brittle failure. 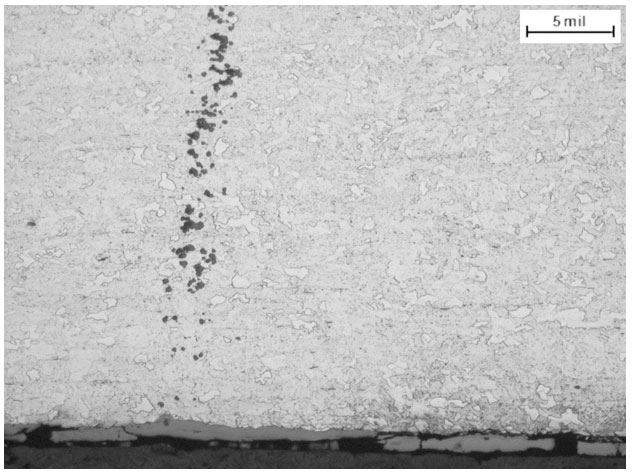 Away from the failure, the mid-wall microstructure also revealed graphitization. 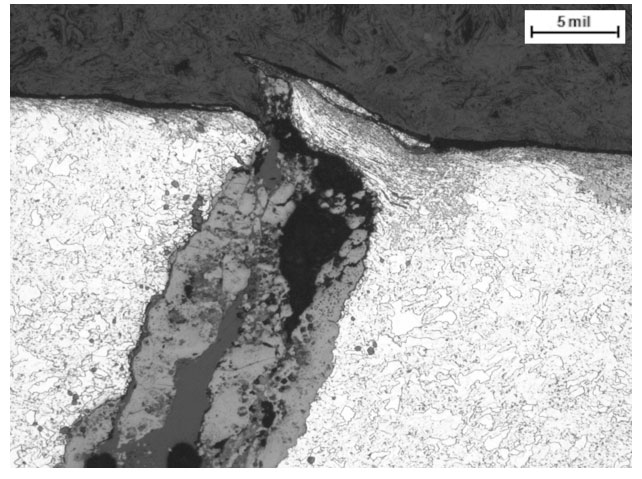 Graphite nodules are visible along the cracking at the OD surface.
The tube failed due to chain graphitization. The microstructure away from the failure also exhibited graphitization. Minimal wall thinning was observed and no measured wall thickness was below MWT of 0.180”.
For more information email us at contact@davidnfrench.com or speak with us directly at 502-955-9847.