Even under the most favorable operating conditions metal parts experience wear and tear that results in loss of strength, hardness and/or toughness. In addition, parts are often changed or newer parts from different vendors are added. These parts need to be comparatively tested to ensure that the parts are meeting the specified standards.
DNFM is fully capable of supporting these testing needs:
Tensile Testing

Tensile testing is used to determine the tensile strength, yield strength, % Elongation, and % Reduction of Area of a material to provide a comparison with known material standards.
Bend Testing 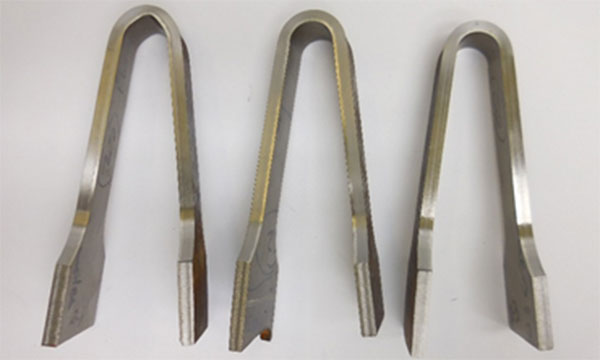 Material degradations and quality of welded specimens are evaluated via bend testing. The bend test is a simple qualitative test that can be used to evaluate both the ductility and soundness of a material. Tensile stresses are experienced on the outside of the bend (extrados) where the material is pulled apart. Compressive stresses are experienced on the inside of the bend (intrados) where the material is pressed together during the bend.
Flattening Test and Flaring Test

The flattening test is a ductility test which is employed to evaluate the ability of tubes to undergo plastic deformation by flattening. It may also be used to reveal defects in the tubes. Flaring and flattening tests are also used to verify the quality of the seam weld in welded tubes. Rings removed from tube samples are flattened between two parallel plates. The degree of flattening is taken by measuring the distance between the ring edges after flattening. The flaring test is performed by inserting a 60° tapered mandrel into the sample. The flaring test is a suitable test for evaluating the circumferential ductility and material behavior of a tube.
Stress Rupture Testing
At elevated temperatures and stresses, much less than the high-temperature yield stress, metals undergo permanent plastic deformation called creep. Creep may be defined as a time-dependent deformation at elevated temperature and constant stress. The temperature at which creep begins depends on the alloy composition. The ASME Boiler and Pressure Vessel Code recognizes creep and creep deformation as a high-temperature design limitation and provides allowable stresses for all alloys used in the creep range. One of the criteria used in the determination of these allowable stresses is 1% creep deformation in 100,000 hours of service.
Time-Strain representation of a polycrystalline metal operating in creep range is shown below. Creep is primarily divided into three categories: primary, secondary and tertiary creep. Instantaneous elongation is followed by primary creep in which the creep rate decreases with time. During this stage, metal undergoes strain-hardening to support applied and residual loads. Therefore, the creep rate decreases due to this strain-hardening. Secondary creep stage is also referred as steady-state creep, in which the creep rate is relatively constant. During the secondary stage, the creep resistance of the metal is highest. The final stage is tertiary creep, in which the creep rate accelerates, and eventually fracture occurs. 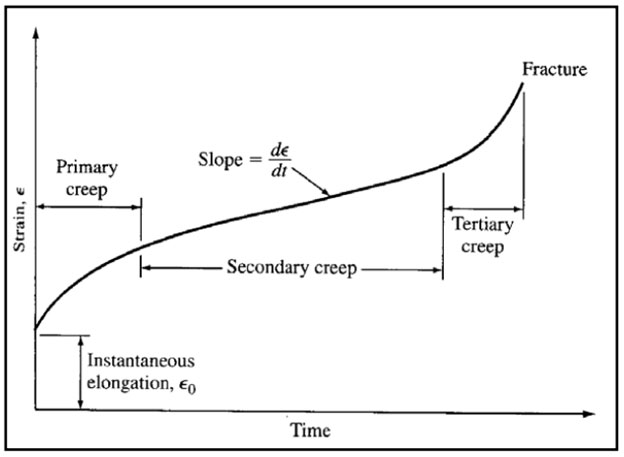 Hardness Testing
Materials used in pressure part and other applications degrade their properties due to the normal aging process and operating beyond specified operating temperatures. Bulk hardness along with microhardness tests provide more information about microstructural degradations in steel and other alloys. Sometimes, it is very difficult measure the bulk hardness on some specimens and areas of interest. Microhardness can be measured at more precise microscopic locations. 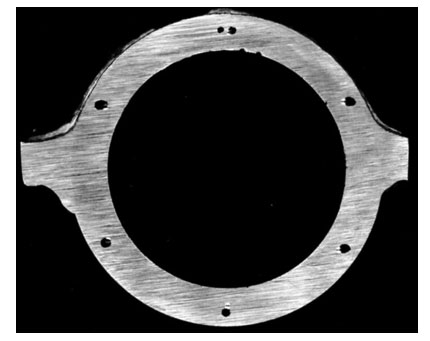 For more information email us at contact@davidnfrench.com or speak with us directly at 502-955-9847.