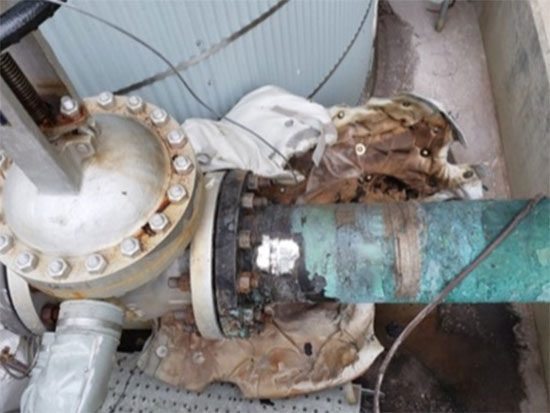 Using the metallurgical replication procedure, field technicians are able to produce a copy the surface microstructure of the piece to be analyzed. Once these replications reach the lab, DNFM examines them and is able to provide defect assessment and remaining life assessment. Analysis of micrographs assists in establishing the cause or extent of any damage as well as aging mechanisms, providing plant engineers with vital data for repairs, maintenance or component replacement planning. 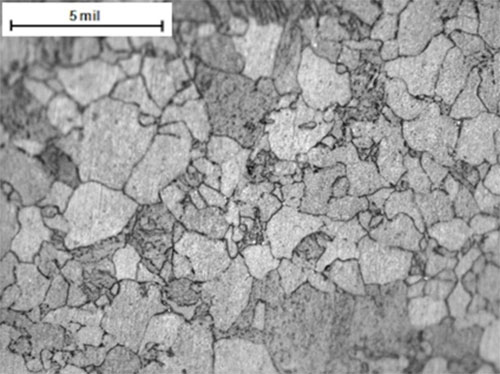 Stress Rupture Testing
At elevated temperatures and stresses, much less than the high-temperature yield stress, metals undergo permanent plastic deformation called creep. Creep may be defined as a time-dependent deformation at elevated temperature and constant stress. The temperature at which creep begins depends on the alloy composition. The ASME Boiler and Pressure Vessel Code recognizes creep and creep deformation as a high-temperature design limitation and provides allowable stresses for all alloys used in the creep range. One of the criteria used in the determination of these allowable stresses is 1% creep deformation in 100,000 hours of service.
Time-Strain representation of a polycrystalline metal operating in creep range is shown below. Creep is primarily divided into three categories: primary, secondary and tertiary creep. Instantaneous elongation is followed by primary creep in which the creep rate decreases with time. During this stage, metal undergoes strain-hardening to support applied and residual loads. Therefore, the creep rate decreases due to this strain-hardening. Secondary creep stage is also referred as steady-state creep, in which the creep rate is relatively constant. During the secondary stage, the creep resistance of the metal is highest. The final stage is tertiary creep, in which the creep rate accelerates, and eventually fracture occurs. 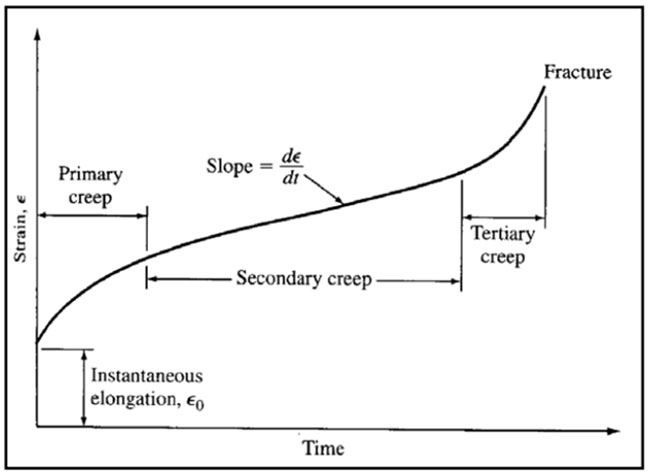 DNFM evaluates replications for creep damage and remaining creep life estimations.
For more information email us at contact@davidnfrench.com or speak with us directly at 502-955-9847.