Mechanism
At elevated temperatures and stresses, much less than the high-temperature yield stress, metals undergo permanent plastic deformation called creep. Creep may be defined as a time-dependent deformation at elevated temperature and constant stress. The temperature at which creep begins depends on the alloy composition. Creep failures occur from an extended period of slight overheating above the design metal temperature, a slowly increasing level of stress, or the accumulation of periods of excessive overheating (during start-ups, for example). The ASME Boiler and Pressure Vessel Code recognizes creep and creep deformation as a high-temperature design limitation, and provides allowable stresses for all alloys used in the creep range. One of the criteria used in the determination of these allowable stresses is 1% creep deformation in 100,000 hours of service. Thus, the code recognizes that over the operating life, some creep deformation is likely.
Appearance
High temperature creep produces a longitudinal fracture. The extent of the fracture and its appearance may vary. A small fracture will form a blister like opening, while a large fracture creates a wide fish mouth appearance.  The fracture surface is thick-edged with extensive secondary cracking adjacent to the primary fracture. Creep damage appears as intergranular voids near the fracture face. The voids are generally oxide coated due to the time scale associated with this failure. 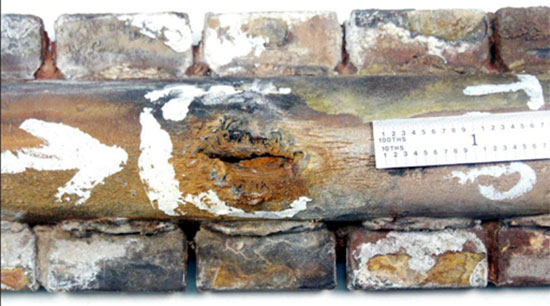 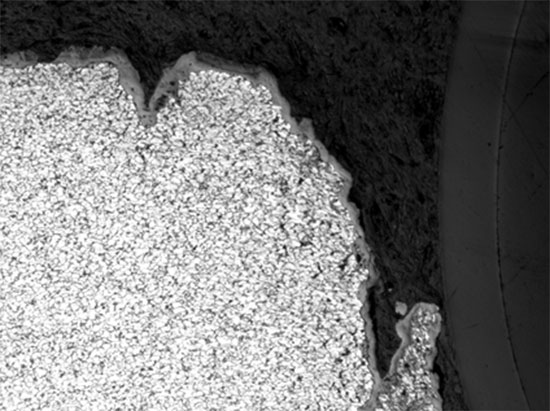 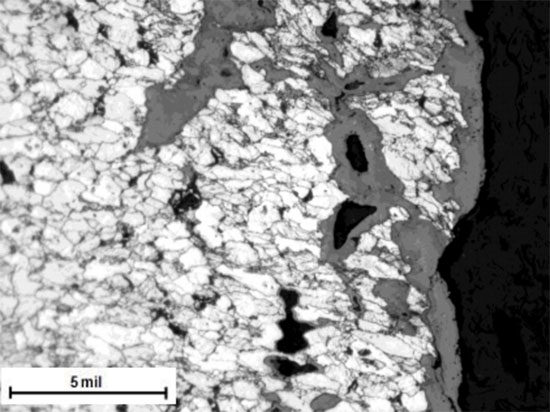 Cause
The root cause of high temperature creep can be verified by investigating the coolant flow, the gas passages, and the tube material properties.  Tube sampling may be necessary to check for blockages and deposits that restrict the transfer of heat.  Measurement of the tube metal and furnace gas temperatures can verify abnormal gas flow patterns.  Tube material properties testing can verify the application of the material to the temperature experienced by the tubing. These ruptures occur primarily in high temperature locations such as superheat and reheat areas.  Long-term overheat is a result of operating problems, wrong material, incorrect flame patterns, and restricted coolant.
Corrective action
Corrective actions involve the determination of the remaining life of the tubing based on the actual temperature, stress level, and material properties.  Parametric analysis methods, such as the Larson Miller parameter method, can be applied to estimate the effects of various actions. High pressure liquid flushing or chemical cleaning may be performed to remove internal scale, deposits, and blockages that reduce the tube metal temperature.
Material upgrades may be necessary to provide higher creep resistant steel in areas experiencing high temperatures.  Corrective actions such as a tube shield, pad weld, or thermal spray coating may be performed to reduce the rate of wall thinning caused by corrosion or erosion.
Ultrasonic wall thickness measurements are taken to check for wall thinning from erosion, corrosion, or oxidation.  Outside diameter tube measurements may indicate that swelling has occurred due to creep degradation. Thermocouples can be placed on the tubing to ascertain the actual metal temperature that is achieved at selected locations.  Tubes located just before the transition to a higher grade of alloy steel are of particular concern.
Common Locations
High temperature creep can occur in steam-cooled tubes at locations that are:
1) Partially blocked by debris, scale, or deposits restricting flow.
2) Load-cycling units
3) Exposed to radiant heat  or excessive gas temperature due to blockage of gas passages or are located before the final outlet header
4) Located before the transition to a higher grade of steel or have incorrect or lesser grade of steel material.
5) Stressed due to welded attachments and orientation.
Convection Pass
Reheater
Superheater
Locations 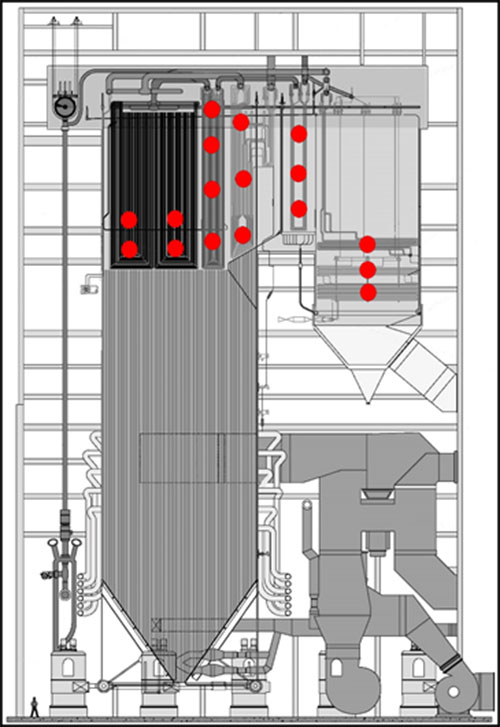