One fan blade was received for failure analysis. It was specified as cast aluminum; no other specifications were provided. It failed in less than six months of service. Note that the previous set of blades lasted for 6 years and were replaced since there were a few chips in them.
The failure occurred during normal operation when the unit was operating at a full load condition. Note that there were no known unusual incidents prior to the failure; vibration data appeared to be good. There was significant collateral damage on the other fan blades due to the bouncing of the broken fan blade. Therefore, all of them were replaced. Vibrations spiked during the failure event and did not back down; note that there were no prior vibrational issues. 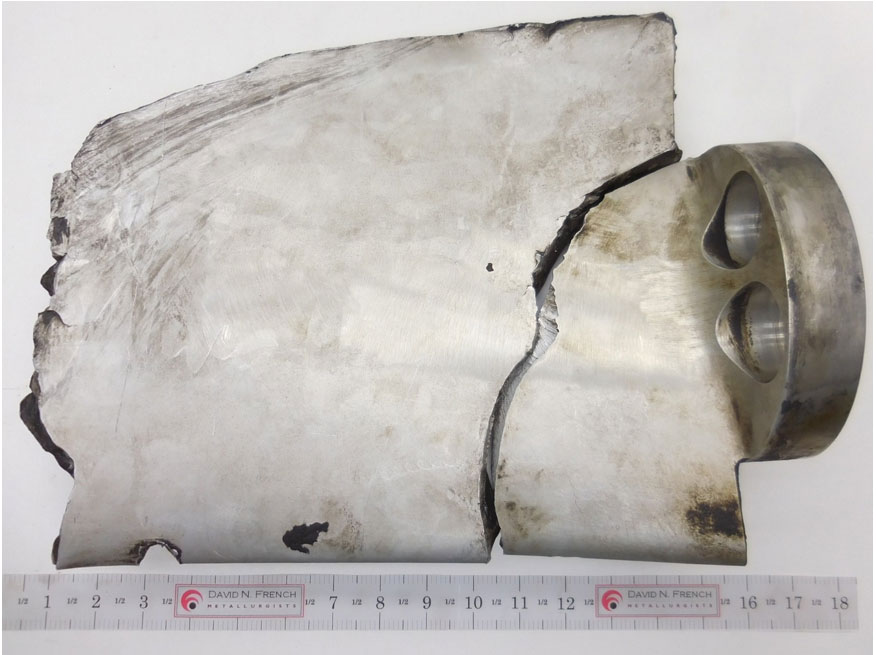 The fracture surface was visually inspected and predominantly exhibited progressive cracking along with beach marks and ratchet marks, typical of fatigue cracking. The fatigue fracture consisted of about 90% of the total fracture, indicating high-cycle fatigue.

Fractographic evaluation of the fracture surface was also taken via scanning electron microscopy. The suspected crack initiation site exhibited smeared grains, typical of abrasion damage. At a higher magnification, striations due to high-cycle fatigue were observed. Ratchet marks were also present and indicate that the crack initiated in multiple planes. 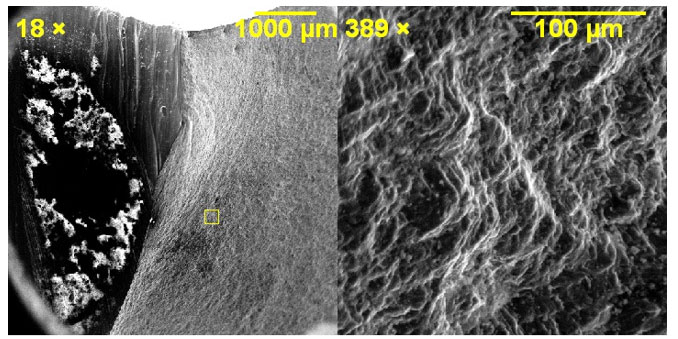 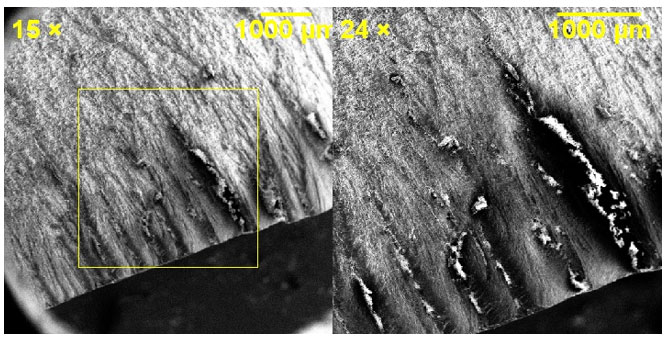 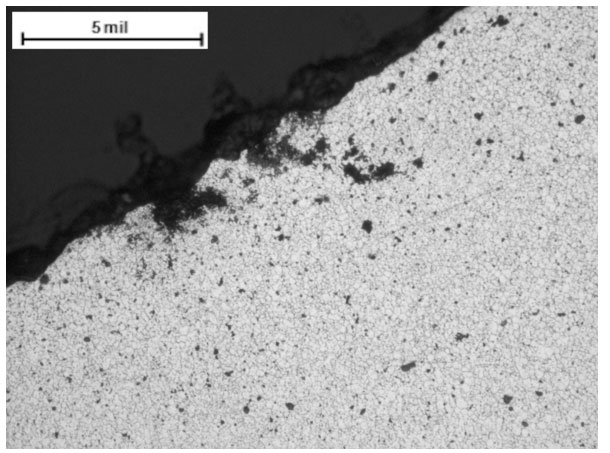 The fan blade failed due to high-cycle fatigue (low-nominal loads), resulting from casting defects in the form of cold-shut voids. Insufficient molten metal flow likely caused cold-shut defects in the fan blade. These casting defects acted as stress concentrations to initiate fatigue cracks.
For more information email us at contact@davidnfrench.com or speak with us directly at 502-955-9847.